The Dana Center seeks to ensure that ALL students in higher education will be:

A working knowledge of basic mathematics empowers individuals to engage productively in a society and economy that increasingly rely on data and quantitative reasoning. Yet all too often, mathematics is an obstacle, rather than an opportunity, to students who want to achieve their career goals through higher education. 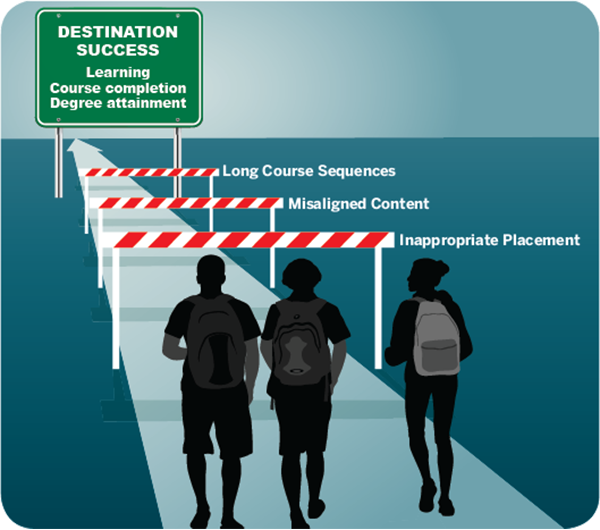 Traditional entry–level college mathematics programs fail to serve students well because they are structured as disconnected courses whose content is misaligned to students’ career and life needs, and inconsistent math requirements across institutions create barriers for transfer. Underprepared students are especially impacted by multi–semester, “developmental” course sequences, and, very often, are assessed as underprepared using inappropriate placement practices or instruments. These long sequences underestimate students’ capability to learn mathematics and delay students’ engagement with the college–level coursework that is required for their degree programs. Minority and underserved populations are disproportionately impacted by these problems.

Where Is the Evidence?

Expand this section to find out.

The mismatch of mathematics content to students’ needs is evidenced by the fact that College Algebra was designed as a preparation for Calculus, yet only as few as 10% of students in College Algebra take Calculus.1 Students who are successful in passing classes do not learn skills and concepts that will be useful to them. Many others fail the courses in part because students are less motivated to learn material when they do not see how it connects to their lives. In A Common Vision for Undergraduate Mathematical Sciences Programs in 2025, five major mathematical professional associations called “for multiple pathways into and through mathematical sciences curricula, some of which should include early exposure to statistics, modeling, and computation.”2

The negative impact of long developmental course sequences on student success is documented in multiple large–scale studies including a Community College Research Center study that found only 20% of students enrolled in developmental mathematics earned college math credit in three years or less.3 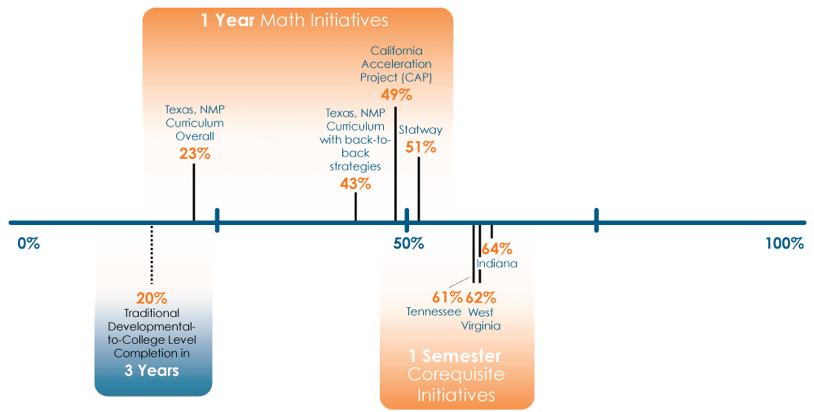 Although the data are dismal, there is great hope in the growing evidence that many underprepared students can be successful in gateway mathematics courses aligned to their programs of study if they are provided well-designed co-requisite supports. As shown here, a number of programs have helped underprepared students succeed in college–level math courses at higher rates and in less time compared to the traditional developmental sequences.4 Most stunning, the highest rates of success have come from one–semester co–requisite models. Further, when one–year models are appropriate, their success is greatly increased when the first and second semesters are linked through what the Dana Center refers to as strategies for continuous enrollment in mathematics course sequences. 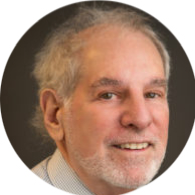 “The true power in math pathways work is not in any discrete strategy or course multiplied by a factor of n; it’s in the connections within and across programs, institutions, and sectors that effect systemic and sustainable change.”
Uri Treisman, Ph.D., | University Distinguished Teaching Professor | Professor of Mathematics, Professor of Public Affairs | Executive Director, The Charles A. Dana Center at The University of Texas at Austin
Math Pathways as a Solution

Simply put, math pathways are a course or sequence of courses a student takes to meet the requirements of his or her program. These pathways should be designed to align with students’ career and life needs, and should accelerate underprepared students’ entry into credit–bearing coursework.

Institutions implement structural and policy changes quickly and at scale.

Mathematics pathways are structured so that:

PRINCIPLE 1: All students, regardless of college readiness, enter directly into mathematics pathways aligned to their programs of study.

Institutions and departments engage in a deliberate and thoughtful process of continuous improvement to ensure high–quality, effective instruction.

Students engage in a high–quality learning experience in mathematics pathways that are designed so that:

PRINCIPLE 3: Strategies to support students as learners are integrated into courses and are aligned across the institution.

LEARN MORE: Read about the DCMP model and what enactment of each principle entails.

Making mathematics pathways the normative practice at full scale within and across institutions requires coordinated actions across stakeholder groups and across sectors. Uri Treisman coined the phrase “the Joyful Conspiracy” to describe this united effort.

Explore the critical roles of each stakeholder group: